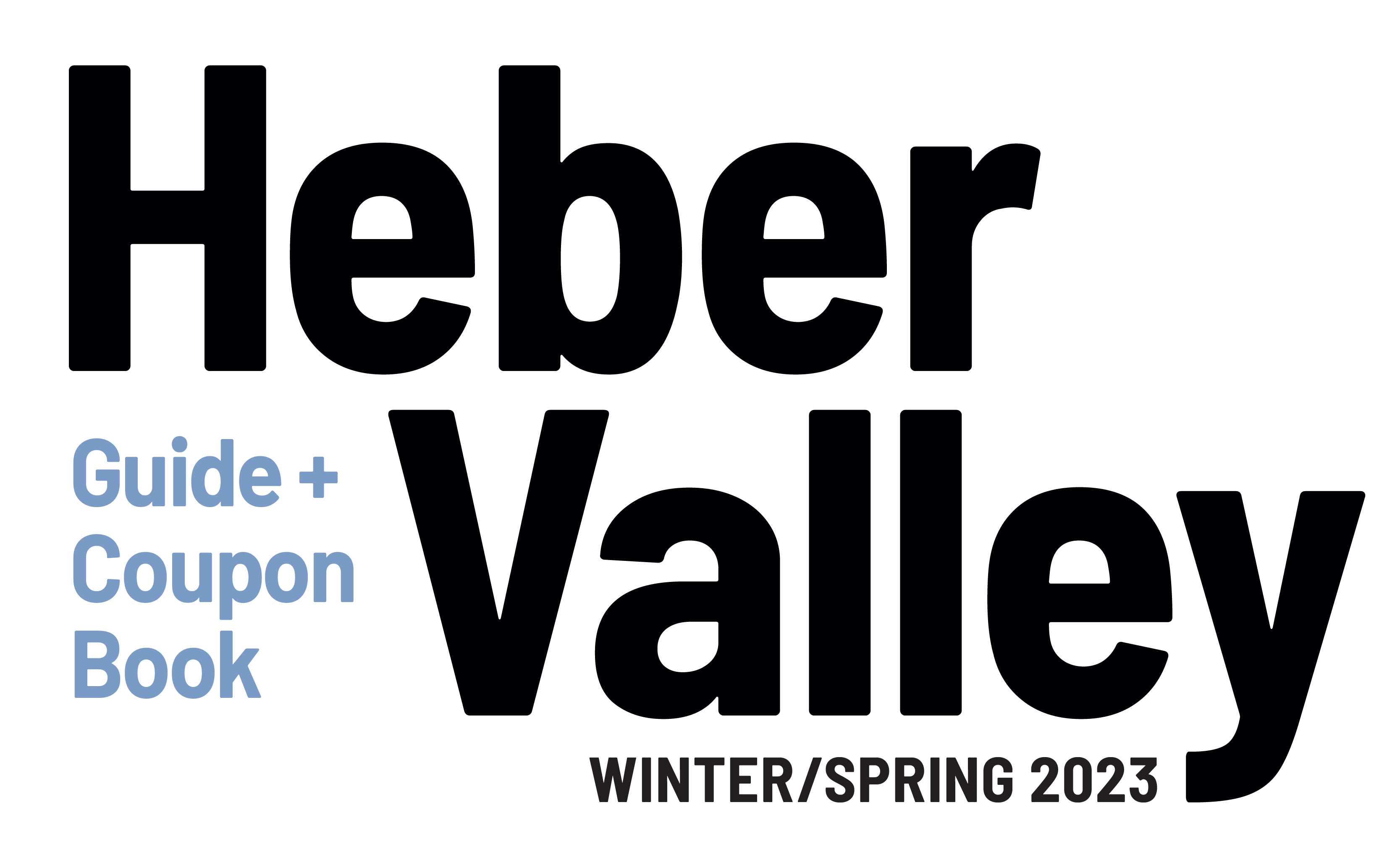 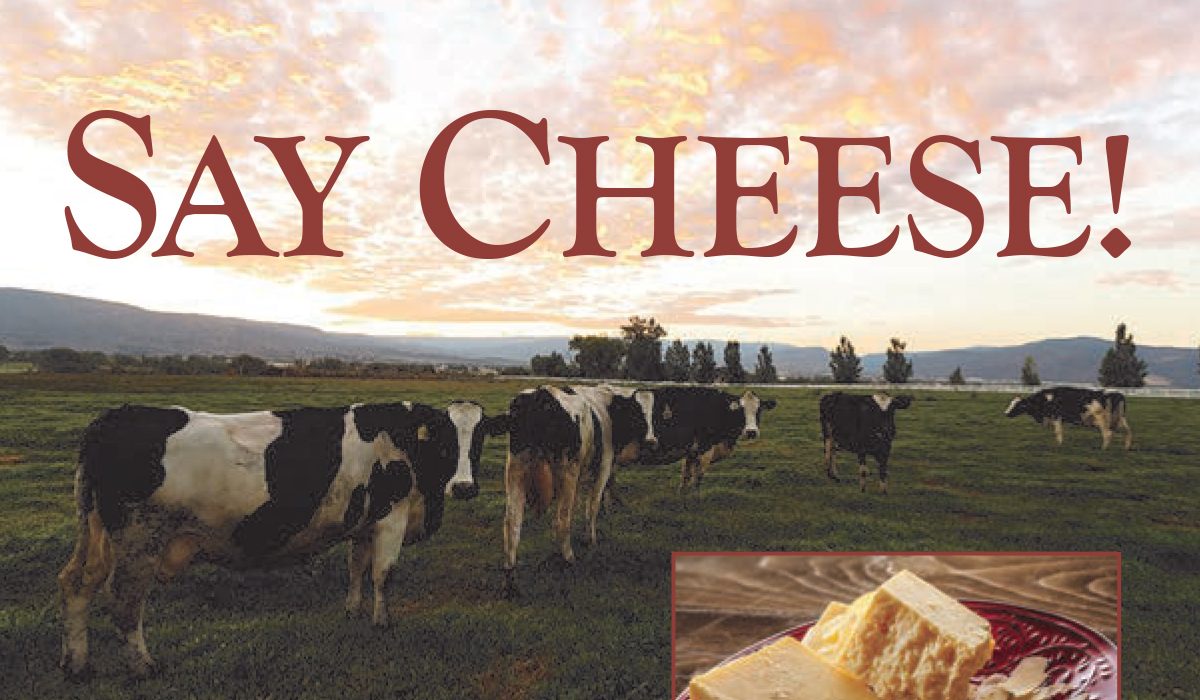 “Happy cows produce more milk,” says Grant Kohler of Heber Valley Artisan Cheese. Grant speaks from experience; coming from generations of Swiss dairy farmers, and from his 20-year tenure as head of the National Dairy Board. After studying cheesemaking at Utah State University, Grant added the creamery to his dairy farm. “We wanted to create hand-crafted European-style farmstead cheese, ensuring quality and taste by controlling every step of the process, from the cow to the consumer.” 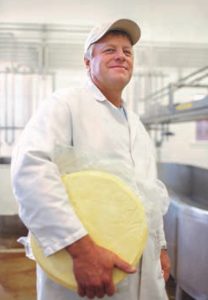 Both Grant and his son Russell are engineers, so it’s no surprise that they’ve created a state-of-the-art dairy barn using robotic technology to monitor, milk and manage cows. “We baby our animals,” says Grant, “it’s all about cow comfort.” Theirs is one lucky herd of happy Holsteins. Entering the spacious temperature-controlled barn at their leisure, cows rest on rubber mattresses while eating. A computer reads each cow’s tag, relaying information about temperature and milking history to a computer. According to that data, specific gates guide cows to a rotating brush massage before leading them to a stall where they munch on treats during the automatic milking process. Afterwards, they stroll to another rotating brush massage before heading back outside. 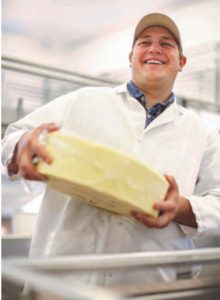 It takes ten gallons of milk to make one pound of cheese. The entire family is involved in the various steps of stirring, balancing temperature and pH levels, then “cheddaring” the cheese, a 3-hour  process of stacking blocks of cheese to compress the curds and remove excess whey. The cheese is then wrapped and aged from 60 days to nine months.

The Russell family commitment to quality has resulted in nine national awards, including a first place ACS Award for their “Wasatch Back Pepper Jack” in the cheesemaking capital of Wisconsin. They’ve also won “Best of State” six years running, and recently garnered first place in the “Overall Manufacturing” category.

Heber Valley Artisan Cheese specializes in sharp cheddar, raw milk cheddar, a Hispanic-style Queso Fresco, and a variety of flavored cheddars like the “Midway Monterey,” “Lemon Lavender” and “Tahitian Vanilla Bean Cheddar,” a dessert cheese earning a top five spot at the San Francisco Fancy Food Show. Try their “Ju’ustoleipa,” an un-aged Finnish cheese served sliced and fried with homemade jam or in grilled sandwiches. Join the Russell family for monthly cheese tastings, creamery tours and mozzarella-making classes, or stop by for lunch or to stock up on homemade jams, pickles, salsa and tasty local products. Heber Valley Artisan Cheese can also be found at grocery stores in Utah and other western states.